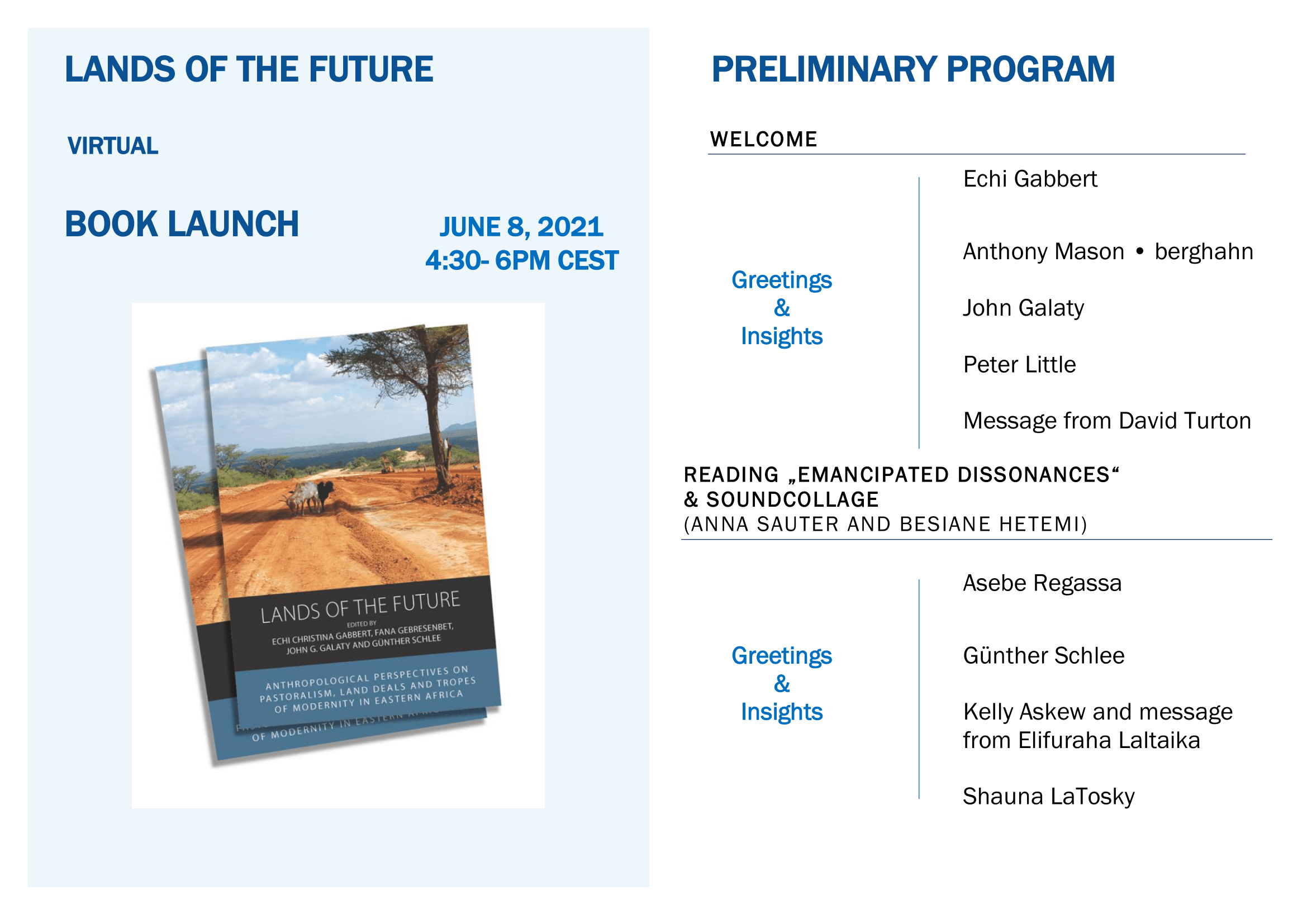 Rangeland, forests and riverine landscapes of pastoral communities in Eastern Africa are increasingly under threat. Abetted by states who think that outsiders can better use the lands than the people who have lived there for centuries, outside commercial interests have displaced indigenous dwellers from pastoral territories. This volume presents case studies from Eastern Africa, based on long-term field research, that vividly illustrate the struggles and strategies of those who face dispossession and also discredit ideological false modernist tropes like ‘backwardness’ and ‘primitiveness’.

This volume does not provide comfortable truths. On the contrary, while genuinely acknowledging the urgency of the obligation of governments to provide good living conditions for their citizens, it exposes, in anthropological detail, the painful, harmful and deeply dissonant developments that first brought people together in the Lands of the Future Initiative. It will not curry favour with self-proclaimed modernizers. It takes a stand against power inequalities, harmful development, short-sighted growth paradigms and forms of repression on a global scale.

„This book is a rare hybrid – timely as a sensitizing intervention, cutting in its analysis, generative in its suggestions, positioned in its judgment, while taking care to not burn bridges in its deliberate and delicate effort to make grounded insights accessible not only to other academics, but also to potential stakeholders involved in the transformation of land use in East Africa and beyond.“  Felix Girke, University of Konstanz

Echi Christina Gabbert is an anthropologist at the Institute for Social and Cultural Anthropology, Göttingen University, Germany. She coordinates the Lands of the Future Initiative, that focuses on pastoralism, global investment and local responses in East Africa in the 21rst century.

Fana Gebresenbet is Assistant Professor at the Institute for Peace and Security Studies (IPSS) at Addis Ababa University, Ethiopia. He has done extensive fieldwork on land investment in pastoral regions of Ethiopia.

John G. Galaty is  Professor of Anthropology at McGill University, Canada. Focused on eastern Africa, his areas of specialisms are  pastoralism and social change and rangeland development.

Günther Schlee is Professor of Social Anthropology at Arba Minch University, Ethiopia, and Director emeritus at the Max Planck Institute for Social Anthropology in Halle, Germany. His main publications include Identities on the Move: Clanship and Pastoralism in Northern Kenya (Manchester University Press, 1989) and How Enemies Are Made: Towards a Theory of Ethnic and Religious Conflict(Berghahn Books, 2008).

Link to the bookpage at Berghahn:
https://www.berghahnbooks.com/title/GabbertLands

Export to private calendarAdd to my timetable

This website uses cookies to improve your experience while you navigate through the website. Out of these cookies, the cookies that are categorized as necessary are stored on your browser as they are essential for the working of basic functionalities of the website. We also use third-party cookies that help us analyze and understand how you use this website. These cookies will be stored in your browser only with your consent. You also have the option to opt-out of these cookies. But opting out of some of these cookies may have an effect on your browsing experience.
Necessary Always Enabled
Necessary cookies are absolutely essential for the website to function properly. This category only includes cookies that ensures basic functionalities and security features of the website. These cookies do not store any personal information.
Non-necessary
Any cookies that may not be particularly necessary for the website to function and is used specifically to collect user personal data via analytics, ads, other embedded contents are termed as non-necessary cookies. It is mandatory to procure user consent prior to running these cookies on your website.
SAVE & ACCEPT
0
Your bookmarks
No bookmarks